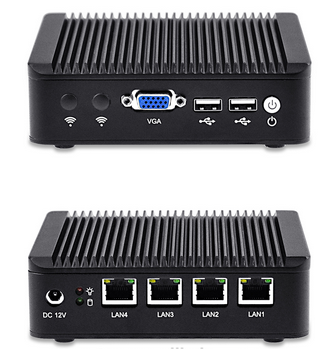 The Qotom system has four gigabit ethernet ports (based on an Intel chip), 8 Gb of RAM and 120 Gb mSata drive and passive cooling.
This is an ideal system for a small firewall appliance. My intended target was install ESXi to run Sophos XG UTM and pfSense (ipv6) virtual machines on it.
And yes, I knew that this hardware is not on the compatibility list of VMware.

When first trying to install ESXi 5.5 I hit the dreaded „Relocating modules and starting the kernel“ message and seemingly nothing happened.
After a few tries gave up on the ESXi idea, and installed Sophos XG UTM on it. (worked like a charm for a few months)

Then I tried Option 4 using the modified ISO of ESXi 6 Antonio sent me.
Installed it on a USB stick using VMWare workstation. I did configure four ethernet ports in the VM, just like the real Qotom system.
Booted the Qotom system (after setting the BIOS to legacy and setting the USB stick as the primary boot device) and the device seemed to boot, but still got the „Relocating modules and starting the kernel“ message. But no indication if anything was working.

I had a look in my HP smart ethernet switch that the Qotom system was connected to, but it listed no new MAC address being registered at the switch.
So there I was, having learned a lot, but still no working system.

As a sort of last resort, I started moving the Ethernet cable from one port to the next.
And suddenly when I plugged in the SECOND port a new MAC addres was registered at the switch.
It appeared that this was a MAC address from VMware (probably as a result from the VMware workstation installation)
Opened the newly assigned IP address and there it was: the ESXi 6 status page, success!
I could even managed it using the new web based user interface.

So this was the real trick: not the first ethernet port of the Qotom device is activated after an ESXi install, but the SECOND ethernet port is.

Since I used ESXi 5.5 for other (test) systems in my home I did it all from scratch again, using my own modified ISO of ESXi 5.5.
Installed PowerCli, set the ExecutionPolicy: Set-ExecutionPolicy -ExecutionPolicy Unrestricted
Downloaded the ESXi Comtomizer script and created my ISO using:
.\ESXi-Customizer-PS-v2.4.ps1 -v55 -vft -load net55-r8168,sata-xahci,net-igb
This creates a ’slipstreamed‘ ESXi 5.5 ISO with some additional modules. Sata-xahci is needed to recognize the mSATA drive.

Using this ISO I installed it on a USB stick using VMWare workstation, and booted the resulting USB stick from the Qotom system.
Of course this time the second ethernet port was attached to my network switch.
Succesfully opened the assigned IP address in the vSphere Client and could see ESXi 5.5 running happily.

Hopefully this is useful to other readers with a similar J1900 based system.

Let me conclude by thanking Antonio very much for all his quick reply’s and extensive pointers. I would never have persisted without them.
Thank you very much! 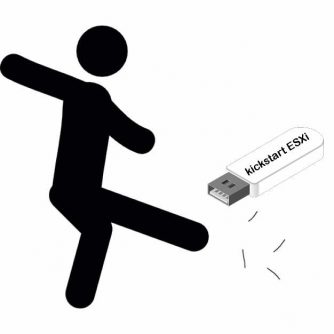 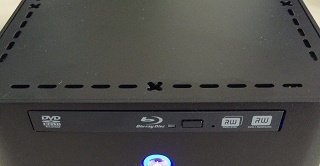 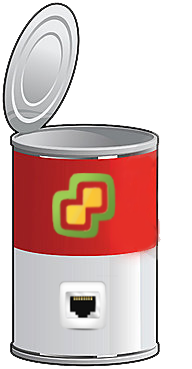